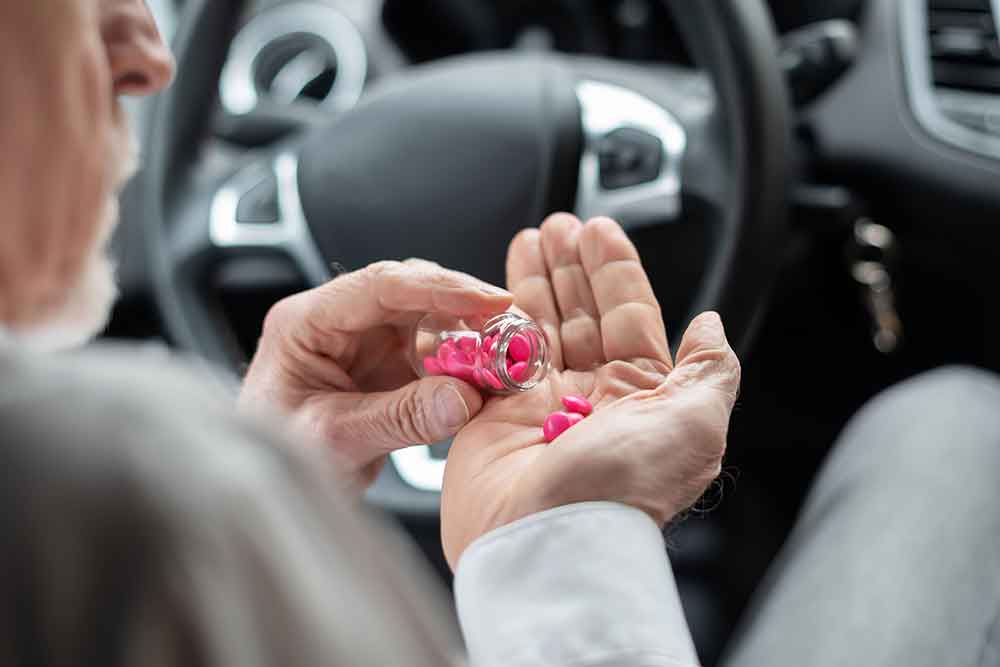 In New York, driving while under the influence of a combination of alcohol and illicit drugs or controlled substances is illegal. If convicted of a Driving While Ability Impaired by drugs and alcohol offense (DWAI Drug Combination) in New York, you could face severe penalties including heavy fines, the loss of your driver’s license, lengthy rehabilitation programs and in some instances, jail time.
If you or a loved one is being charged with a DWAI Drug Combination offense in New York and you’re not sure what to do, it’s important to contact an experienced DWAI Drug Combination defense attorney Nassau County to discuss your case. A knowledgeable DWAI Drug Combination lawyer in NY can help you build a legal defense and protect your rights in court.

Driving while impaired by drugs and alcohol in New York

What’s the difference between a DWI and DWAI in New York?

Most people have heard of Driving While Intoxicated (DWI) or Driving Under the Influence (DUI) of alcohol, and they understand the harsh penalties that can be associated with a conviction. A DWI charge refers to when a driver is arrested with blood alcohol content (BAC) levels of .08% or higher, and although there may be other signs the driver is impaired or even in an accident, they are not a requirement for a conviction.

Besides DWI charges in New York, there are also specific charges for driving while impaired. This is referred to as Driving While Ability Impaired (DWAI). To be convicted of a DWAI charge in NY, your BAC levels do not need to be above .08%. There are three categories of DWAI crimes in New York that include:

Being convicted of a DWI or any type of DWAI in New York can mean expensive fines, suspended or revoked licenses and even jail time for some cases. Furthermore, it is likely your car insurance will cancel your policy or drastically increase your premium rates for years to come. In fact, a DWI or DWAI conviction stays on your driving record for ten years. That means the financial costs on you and your family for a DWI or DWAI conviction can be huge.

The controlled substances that can be used against you in DWAI drug combination case are listed under the New York State Public Health Law 3306. To be convicted of a DWAI Drugs Combination charge, the District Attorney must prove the following against you:

It’s important to remember that in a DWAI Drug Combination, the only thing the prosecutor must prove is that your ability to drive was impaired in any way. That means it can be a very subjective process, and sometimes it comes down to the police officer’s word against your own. Having a DWAI Drug Combination lawyer in Nassau County to present your strongest defense and expose errors made by the prosecution can give you the best chance of beating your case.

What is a Drug Recognition Expert in New York?

When it comes to drugs like marijuana, the state does not have the technology to accurately measure a person’s THC levels and determine their level of intoxication. As many mistakes are still being made by technologies used to detect blood alcohol content (such as with blood and breathalyzer tests), when it comes to controlled substances, the testing is even worse.

One measure that New York has taken to try to make DWAI Drug cases more objective is to train experts to recognize signs of intoxication through drugs. A Drug Recognition Expert (DRE) are police officers who have been trained to identify the signs of drug use and impairment in drivers. Although you can be charged with a DWI Drug Combination offense based solely on the observations of the arresting officer, to get a conviction you most likely have to be examined by a Drug Recognition Expert to determine your level of impairment.

However, even with DRE it can still be difficult to prove beyond a reasonable doubt that your driving was impaired by drugs. A Nassau County DWAI Drug Combination defense attorney can help you find holes in the prosecutor’s argument and review the report by the DRE to look for errors or anything that’s been overlooked that could help your defense.

What are the penalties for a DWAI by drugs and alcohol?

If you are charged and convicted of a DWAI Drug Combination offense in NY, the penalties can be expensive and make life difficult for you and your family. The severity of the penalties is influenced most by whether or not you’ve committed a previous DWI, DWAI, DWAI Drug, or DWAI Drug offense within the past ten years.

Listed below are the penalties you can face for a DWAI Drug Combination offense in NY:

As you can see, the punishments for DWAI Drug Combination conviction can be severe, so there is no time to waste before contacting a Drug Combo defense attorney in Nassau County.

According to reports by the NHTSA, recently there has been a decrease in the use of alcohol by drivers and an increase in the use of drugs, particularly marijuana. Between 2007 and 2014 the presence of marijuana in a study of cases of weekend nighttime drivers saw an increase from 8.6% to 12.6%. However, the problem when it comes to DWAI Drug cases is that the technology used for detecting drugs is still problematic. For example, drugs like marijuana can show up in your system weeks after use, long after any effects have worn off.
Furthermore, drugs affect people in different ways, and there is still a lot of research to be done about marijuana’s effect on driving. And unlike DWI with alcohol, where the limit of alcohol is set at .08%, there are no standards that have been established nationally for marijuana. All that said, you can absolutely be charged with a DWAI Drug Crime in New York if marijuana is impairing your driving.

At the Law Office of Richard Hochhauser, we have the legal knowledge and experience to help you fight a DWAI Drug Combination offense in New York. We understand how serious drug crime consequences can be and how important it is for you to have your charges dismissed or reduced. If you or a loved one has been accused of a DWAI Drug Combination offense in Nassau County, contact us today at (516) 939-1529 or online for a free consultation and case review.