Everyone knows drinking and driving is dangerous, but sometimes people make mistakes and find themselves facing a Driving While Intoxicated (DWI) or Driving Under the Influence (DUI) of drugs or alcohol charge. If this has happened to you, you should know that in New York, the penalties for DWI and DUI convictions are strict and if convicted, it can upend your entire life.

That’s why if you or a loved one was charged with a DWI or DUI in New York, it’s important that you contact an experienced attorney on Long Island who can help you defend yourself and fight for your rights in court if necessary. At the Law Office of Richard Hochhauser, we focus on drunk driving crimes in NY and have years of experience helping clients in Nassau County beat their DWI charges or have them reduced so that the penalties are less severe. 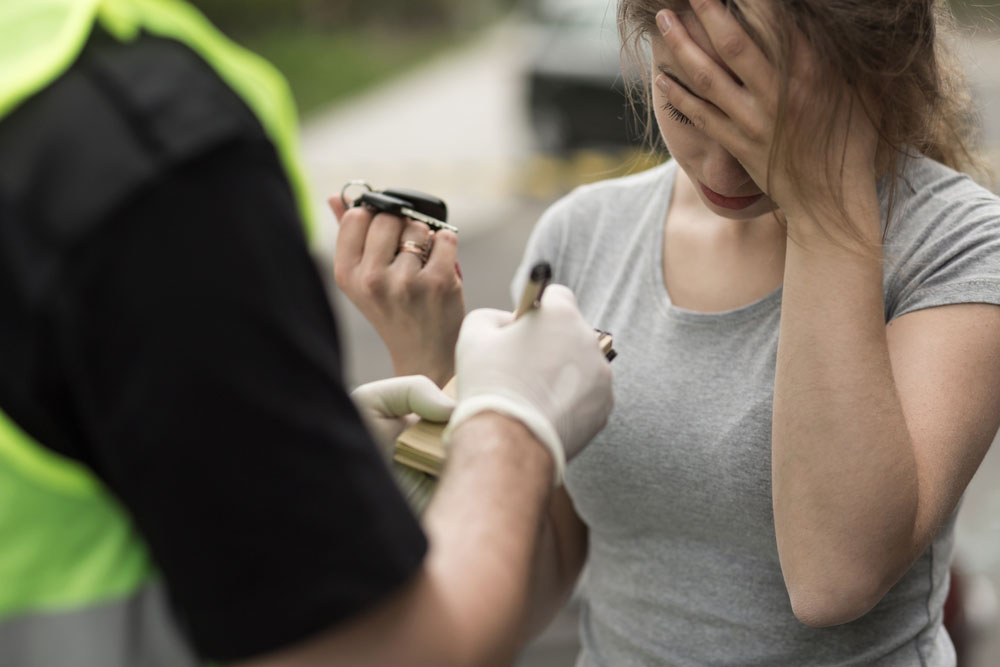 Do I need a Nassau County DWI defense lawyer?

If you’ve been charged with a DWI or DUI in NY, then you should contact an attorney who’s knowledgeable in all aspects of criminal law. At the Law Office of Richard Hochhauser, we’ve represented thousands of clients who’ve been accused of DWI and other crimes and we know what it takes to get the results you want and need.

Richard Hochhauser’s former experience as a NY prosecutor and assistant District Attorney allows him to understand how the other side works, and to prepare your defense accordingly. As a seasoned trial lawyer, he’s not afraid to defend you in court if a reasonable plea-bargain cannot be negotiated.

Furthermore, when Mr. Hochhauser was a prosecutor, he served as a member of a specialized unit that was dedicated exclusively to Nassau County DWI and DUI Drug cases. During this period, Richard attended many police trainings on Standardized Field Sobriety Tests, police testimony, DWI policing policies, DWI detection and breathalyzer technology. This training helped Richard develop a comprehensive understanding of DWI law in NY, which he uses to defend his clients.

What is the difference between a DWI and a DUI offense in New York?

In general, a DWI charge is usually more severe than DWAI and DUI charges. However, any type of drunk driving charge is serious, and you should contact a DWI defense attorney as soon as possible after your arrest.

When you drink and drive, you can lack coordination, reflexes, and the ability to make good decisions on the road. This puts everybody at risk, and for this reason, the state of NY has some of the harshest penalties in the country for people convicted of drunk driving charges.

There are a variety of factors that determine how intoxicated a person is when drinking, such as body weight, the amount of alcohol you consumed, if you ate before or while you were drinking, and even your gender. Knowing that you’re not fit to drive after too many drinks can help you avoid dangerous situations and the potential for an accident or DWI charge.

However, if you are charged with a DWI in NY the penalties change depending on whether it is your first, second or third charge. Listed below are some of the penalties for DWI convictions in NY:

For Driving While Ability Impaired by Alcohol (DWAI) crimes, the penalties are less severe but can grow harsher with each subsequent offense. Below are the penalties for a DWAI offense in New York:

Besides the penalties for DWI and DWAI convictions, if you caused an accident while driving impaired you may also be held accountable for any personal injuries, property damage, pain and suffering, or in some cases, wrongful deaths. In many instances as well, you will be required to install an interlock ignition device (IID) in your car, which will only allow you to start the engine after you have blown “clean” and proven you’re not intoxicated.

Losing your license, freedom, and a significant amount of money from a DWI or DWAI conviction can seriously jeopardize you and your family’s future. Furthermore, misdemeanor and felony DWI charges can stay on your driving record for up to ten years, which can make it difficult to get a job, rent a house, and in some cases, even pursue certain fields of work. It will also raise your insurance premiums and cost you thousands of dollars extra every year.

What is Leandra’s Law in New York?

Leandra’s Law also requires the installation of ignition interlock devices for anyone who is convicted of a DWI or DUI crime in New York. Furthermore, parents and guardians of children who are caught driving while intoxicated in New York are reported to the Statewide Central Register for Child Abuse and Mistreatment.

Can I refuse to take a breathalyzer test?

In New York, Implied Consent Law states that if you drive on public roads then you are agreeing to consent to a breathalyzer test if an officer suspects you’re driving while impaired. That’s why if you refuse a breathalyzer test in NY, it results in an automatic 6 months to a year suspension of your driver’s license and up to $500 in fines. These penalties will be added to the penalties you will receive if convicted of a drunk driving charge.

Another effect of refusing a breathalyzer test is that the court can view it as an admission of guilt. Although we can’t recommend it, the only instance in which refusing a breathalyzer could be beneficial is if you know you are far beyond the legal limit or if you have caused an accident. If you refused a breathalyzer and are being charged with a DWI, the defense attorneys at the Law Office of Richard Hochhauser can help you decide what to do next.

How to fight your DWI offense in NY

You may be wondering if there’s any way to fight your DWI charge, and if so, how? Also, if you hire an attorney, what will their strategy be to defend you against the charges? Fortunately, there are several ways that a knowledgeable DWI attorney can help you fight your DWI charges. They include:

The truth is, if you’ve been accused of a DWI in NY, you shouldn’t try to beat your case alone. The benefits of having a skilled defense attorney on your team are huge and can make the difference between winning and losing your case.

A DWI and DUI is a serious offense with serious consequences. If you or a loved one has been accused of DWI crime in New York, you risk losing your license, freedom, financial security and overall quality of life. Richard Hochhauser helps his clients on Long Island, NY beat their DWI charges. And when that’s not an option, we can help them have their charges reduced by negotiating a fair deal that’s in their best interest.
If you or a loved one is being charged with a DWI, DUI or DWAI on Long Island, contact our knowledgeable DWI defense lawyers today at (516) 939-1529 or online for a free consultation and case review. We understand how important it is for you to fight your DWI charge and we’re ready to help.